Introducing the Online Labour Observatory: Data on female participation in the remote gig economy and more 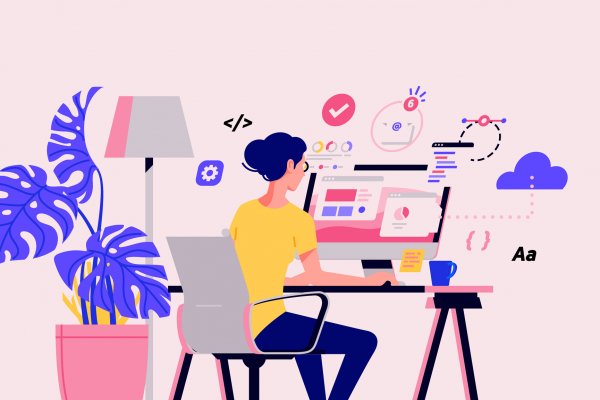 We are excited to announce a new collaboration between the Oxford Internet Institute’s iLabour team and the International Labour Organization (ILO), a United Nations agency. This collaboration is called the Online Labour Observatory—a digital data hub for researchers, policy makers, journalists, and the public interested in the development of online labour markets.

Many software developers, graphic designers, translators, and other freelance workers around the world today find clients remotely through online labour platforms. Since we began to study this so-called online labour market or online gig economy in the iLabour project in 2015, the size of the market has only grown, and the pandemic has now made remote working the norm for almost all knowledge workers. The purpose of the Online Labour Observatory is to present research findings and open data on online work in an easily accessible form.

The most important feature of the Online Labour Observatory is the Online Labour Index 2020—a new, expanded version of the digital data collection and visualization system that we originally developed in the iLabour project several years ago. The Online Labour Index provides an online gig economy equivalent of some conventional labour market statistics. It measures the supply and demand of online freelance labour across countries and occupations by tracking the number of projects and tasks across platforms in real time. The new version tracks many more platforms, including non-English-language platforms, presents new interactive visualizations, and makes it easy for you to download the underlying data.

One of the most exciting new features of the Online Labour Index 2020 is that the index now provides data on the gender breakdown of online labour supply. The gender breakdown estimates are based on guessing worker genders from their given names, drawn from a small subset of the platforms tracked. This is not an exact method, but it provides a view into a dimension of the market that until now has rarely been examined.

Overall, the data suggests that female workers make up approximately 39 percent of labour supply in the online gig economy. But there are big country differences. The greatest female participation is in the United States, where women make up 41 percent of the independent online workforce. In India, the corresponding number is only 28 percent. This especially significant given that India is the largest supplier of online labour overall: almost one in three remote platform workers appear to be in India.

But when we break down the U.S. and Indian online labour supply by occupational category (Figure 1), something interesting emerges. Although overall female participation is lower in India than in the United States, the order is reversed in the software development and technology category. Only one in five remote tech contractors in the U.S. is female. In India, a quarter of remote tech contractors are female. Participation in tech freelancing thus seems more equal in India than in the United States.

Still, in both countries, the largest proportion of women by far is found in writing and translation work, suggesting that online occupations remain somewhat segregated by gender.

The figure above was produced using the Online Labour Index 2020 interactive worker data visualization. In the Online Labour Observatory, you can easily generate your own visualizations, and then download the underlying data with the push of a button. The data can be used to for instance recreate the graphics in Excel, or to produce more sophisticated analyses in a statistical analysis package. The data are provided under a very permissive Creative Commons BY license that just requires you to acknowledge us if you publish the data. We hope that the many researchers, policy makers, and journalists who have used our data in the past will find these new features useful.

How to cite the Online Labour Index 2020

The Online Labour Index 2020 is produced by Fabian Stephany, Otto Kässi, and Vili Lehdonvirta as part of the Online Labour Observatory – a collaboration between the International Labour Organisation and the Oxford Internet Institute at the University of Oxford. The original OLI was produced as part of the iLabour project at the Oxford Internet Institute. The data set and visualization are made available on a CC-BY license. You are free to use them in other publications as long as you credit the authors. Please link back to this page or include the following citation: